Tantra massage for women is for you as a woman of 18 years or older. You who want to schedule a date or perhaps want to ask some questions. I’m looking forward to make you enjoy. You learn to (re) discover relaxing and stimulating erogenous spots on your body.

I accept cash or the following cards: 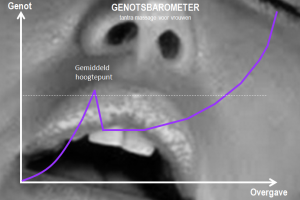 I often get the question why the tantra massage for women is so appreciated by so many women? Tantra (Shivia / Shakti) is a 5000 year old attitude with origins in India, which has been repressed. TAO has many interfaces and find its origin in China (Ying / Yang). I talked a lot about this with my regular clients, which I can call “friends.” The answers to my questions have encouraged me to an explanation which will not be understood by many man. I did my best not to be woolly. Every woman knows that she has an enormous capacity for love with her. This love can be manifested in several forms: the nurturing mother, the devoted partner, or the ecstatic lover. So she will try to put herself open to it to grow and to be fulfilled by it. Her appearance, the life energy that bubbles up into her, her sexual vitality and her heart overflowing with love, makes her irresistibly attractive and gives her confidence. However, even today, in our relatively free culture in which we become aware of the oppression of women and in which women are working to get rid of the damage caused by centuries of male domination. Many women are looking for a complete and satisfactory orgasmic “be condition” in the “here and now”. Even today the psyche of women is still influenced by centuries of patriarchal oppression. This means that women, until recently, were programmed by a male-dominated society to believe that the main task in the woman’s life is servitude. Servitude to the needs and pleasures of the man, especially in the area of sexuality. His enjoyment was the most important, both in terms of his immediate sexual gratification, and to its purpose of getting male successors to perpetuate his name, heritage and social status. If a woman experienced sexual pleasure, then these were crumbs …

The oppression of women has religious roots and find its roots in the shift that occurred when patriarchal religions like Judaism, Christianity and Islam succeeded in eradicating all forms of worship of the feminine or maternal eradication. That had to be, because the real core of the religion of mother was her fertility and the renewal of life through sexual reconciliation. Through the goddess sexuality had a natural, sacred role in religion and thus in society. The destruction of the mother goddess was primarily a function of patriarchal priest orders that condemned sex and people foisted guilt regarding their natural sexual feelings. Through a tactical policy, which has had a lasting influence, the priests and prophets managed to create a powerful myth that blames our sexual shame in women (original sin). In this way the influence of the mother goddess in religious practices was further reduced. With the myth of Adam and Eve, the priests wanted to prove that the first woman had seduced the first man to original sin. It was Eve who encouraged Adam to disobey God and eat from the Tree of Knowledge. The first ‘knowledge’ that Adam and Eve gained was that they were naked. They were sexual beings. They had genitals, reproductive organs, a vagina or a penis, which they covered in shame with fig leaves. This heritage of shame is present in the subconscious of every woman. Even today since women show their equality to men, women have a strong tendency to confirm their value. Sexually this tendency is manifested as the attempt at a kind of sexual athletics being equal with the man. Both partners in a heterosexual relationship focuses on performance, striving for excitement and discharge. A woman might have an orgasm in this way, but with this approach it is usually superficial. The orgasm is not deep, it doesn´t flood her being with the ecstasy of her capabilities. All kinds of deep-rooted beliefs and fears hindering the natural flow of her orgasmic energy. The consequences of this incorrect attitude go far beyond sex itself and are much more harmful than the tidal wave of pornography, prostitution, rape, sexual abuse and harassment which our society is experiencing at the moment: our whole world is to be affected. There is now a huge, well-intentioned force to make our world a healthier environment, to halt the destruction of our planet and to make peace between warring ethnical, national and religious groups. How can this be successful if the source of the human love is poisoned? How can love for our fellow human beings be flourish, as the established religions teach us that the sexual life itself is the devil, the flesh is depraved, there is a huge and unbridgeable gap between the divine world and the world of earthly pleasures? Intellectually we are probably convinced we have put harmful myths, such as the original sin of Eve, on the side, but we have only to look at the condition of our sexual behavior to realize that this ancient propaganda still realms of our subconscious thinking lives. Fortunately, there are effective and simple ways to free ourselves from these primitive programming. Tantra massage for women is one such way. For a woman the way to true sexual liberation leads along a sacred path, beginning with the first feelings of sexual pleasure in her genitals and ends with an extended and thoroughly orgasm. For some women, this is achieved during the first tantra massage, for others it may take several sessions because they have to get fully surrendered. The massage I take care of is not threatening, whereby the customer indicates where the limit is. Some clients keep a journal in which they describe their feelings before, during and after the tantra massage for women. They sometimes take this along, whereby we discuss in advance where a possible blockade is to have deeper focus for it during the massage. Free you from the yoke imposed, daring to live as a woman and enjoy your tantra massage for women. Namasté, Martin